What Does A Safety Switch Do? 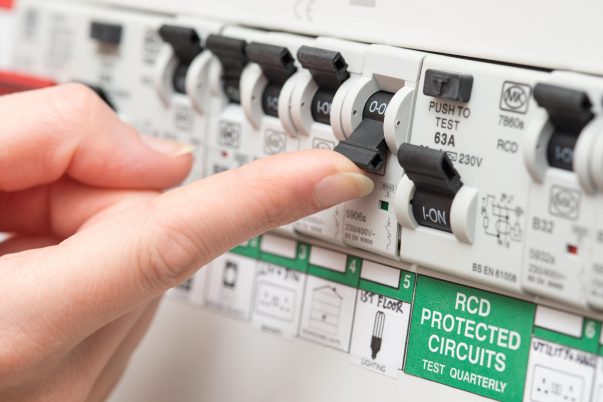 A safety switch is an electrical safety device that is a vital component in every commercial property. So much so that every building in Western Australia has been required, by law, to have at least two safety switches installed. Many commercial properties require many more than two switches, depending on the amount of power that is used on the premises, and they need to regularly be checked for compliance with regulations.

So, what does a safety switch do, and why are they a necessary component in the electrical circuit of every building?

Essentially, what they do is monitor the flow of electricity through a circuit and detect imbalances in the live and neutral wires. These imbalances can occur when the current is travelling through something that it shouldn’t, and in the worst case scenario, this could be a person. The safety switch almost instantly activates and switches off the electrical supply to that circuit within 0.03 seconds—or less than a heartbeat— of detection.

By detecting this imbalance and shutting off the electrical supply so quickly, it can prevent a person from experiencing atrial fibrillation, which is one of the main causes of serious injury or death after exposure to electrical current. This near-instant activation can also help to prevent electrical fires that can be caused by faulty wiring.

How is a Safety Switch Different from a Fuse or Circuit Breaker? 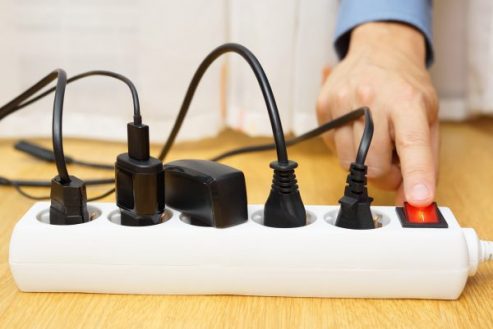 A circuit breaker (RCD) is designed to protect appliances and other electrical devices that are plugged into the circuit. It detects an abnormal current, short circuit or overload from having too many appliances drawing too much current at once.

This means both of these devices are essential installations in every commercial property, as they work in tandem to protect both your appliances as well as the people using them.

Where is the Safety Switch Located?

Electrical Safety Switches are located on the circuit breaker on the switchboard. In residential homes these are generally located near the front door. When renting or buying commercial property, you will need to locate the switchboard before you begin any kind of work. They aren’t just essential for your business’s day to day work, they will protect you and everybody else who is working to prepare or renovate the building prior to commencing operations.

What Causes a Power Surge?

There are many electrical faults that can lead to a power surge, but the most common causes are:

Electrical overloads can occur when too much power is drawn from a circuit. This occurs most commonly from overusing extension cords and plugging too many devices into the same circuit. Power surges are common following electrical overloads because an overwhelmed circuit circuit can receive a massive current and voltage spike from the excess power being drawn. Stacking power boards onto each other increases the likelihood of a surge so it is best to make sure there are enough circuits on your business’s premises to operate the electrical devices that you need.

Power outages typically occur due to some kind of issue that the utility provider is experiencing somewhere on the grid. This can be a downed power pole or excess use from too many air conditioners running on a hot day. The lack of electricity rarely causes issues, but the return to connection sometimes can. It’s common to experience a sudden jump in current when power is restored following an outage. This power surge has the potential to damage appliances that are plugged into a circuit, and is why many power boards come with surge protectors.

Power surges are more likely to happen when there are damaged or exposed electrical wires in use. It may not be easy to see faulty wiring, especially if it’s located behind walls, which is why regular checks from a qualified professional are necessary in keeping your business compliant with building codes.

This is not to say there aren’t signs indicating faulty wiring that you should keep an eye out for. These signs include outlets with burn marks, a burning smell coming from wiring or outlets, buzzing sounds and circuit breakers frequently tripping. If you notice any of these signs, unplug any connected electrical devices immediately and turn off electricity to the area if possible. It’s best to contact a certified electrician if you suspect faulty wiring.

Lightning damage usually results from a direct strike on power lines which carry large voltages. When this happens, the electrical system is hit with a huge current, causing a massive spike in voltage, which in turn causes a significant power surge. Even though electrical storms aren’t of huge concern in Perth for much of the year, it is still important that your business is adequately protected against lightning strikes to keep equipment safe.

To read more: What Causes An Electrical Power Surge?

Sometimes a safety switch will trip and you can’t restore power without it immediately tripping again. There are a few potential reasons for this but the most common cause is a faulty appliance. If this occurs, the process of elimination is the most effective way to diagnose the problem. You’ll have to unplug everything, reset the switch, and then begin plugging appliances in one-by-one. Fridges are the most common culprits, but in a commercial setting it’s best to be thorough. It’s a good idea to have a radio or music playing as you re-introduce appliances back onto the grid so that you can immediately hear when the switch trips again.

If the safety switch continues to trip even though there is nothing plugged in (and you’ve double and triple checked that there is definitely nothing plugged), it’s likely a result of faulty wiring, in which case you’ll need to have the premises checked by an electrician.

Safeguard Your Electrical System With Perth Air and Power Solutions

When you need a commercial electrician, Perth Air and Power is your best bet for diagnosing and fixing any problems you may be experiencing. When it comes to personal safety, as well as the wellbeing of your business’s inventory, you can’t afford to compromise. So, get in touch with us at Perth Air and Power so that we can ensure that your business is properly protected and compliant with Western Australian regulations. 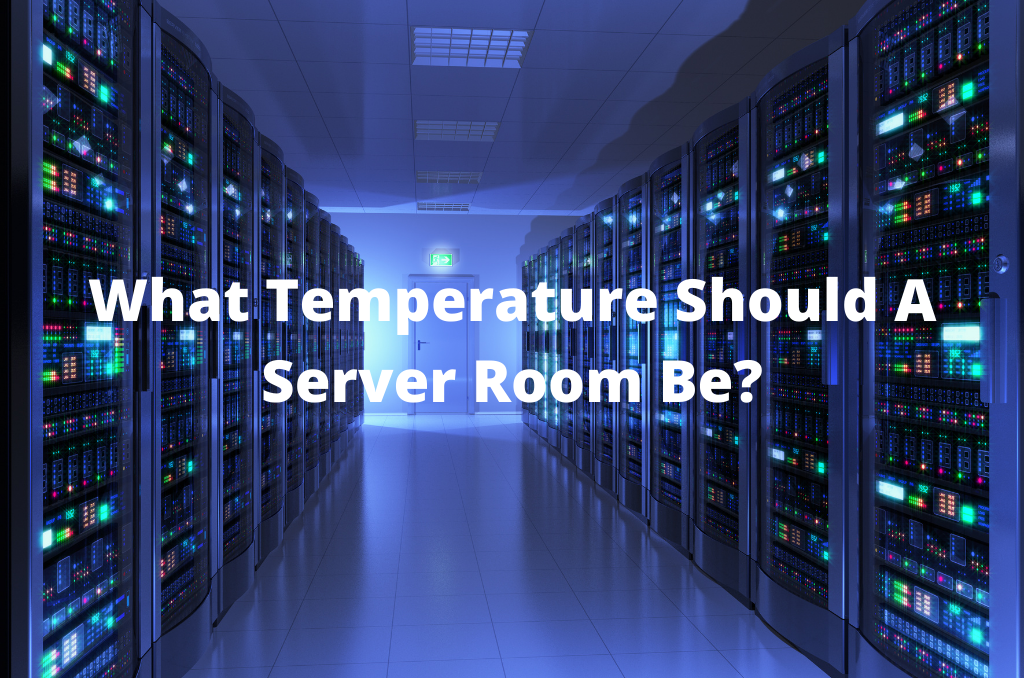 What Temperature Should A Server Room Be?

When we think of air conditioning, naturally we think of it in terms of personal comfort for those in the building. As an employer in Australia, you're probably just thinking about the best way to keep the premises at an ideal 23 or 24 degrees for your employees and your customers....

What Does A Safety Switch Do?

A safety switch is an electrical safety device that is a vital component in every commercial property. So much so that every building in Western Australia has been required, by law, to have at least two safety switches installed.... 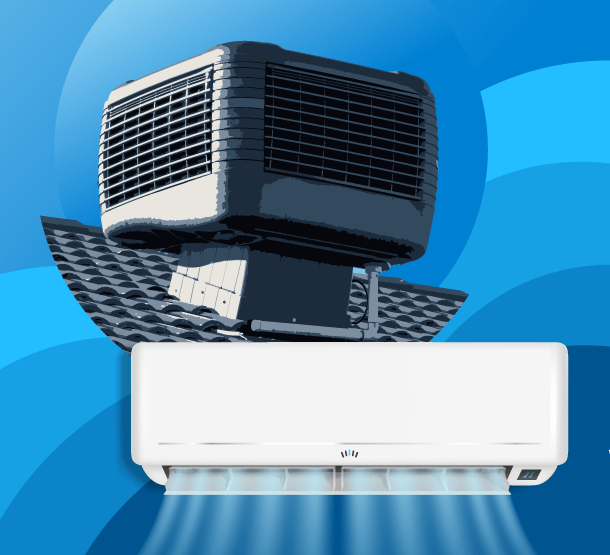 Evaporative vs Refrigerated Cooling – Which is Best for My Business?

When looking to manage the inside temperature of your workspace, it is a toss up between two types of air conditioning systems—evaporative vs refrigerated. They each have their pros and cons so let's go through and compare the two.... 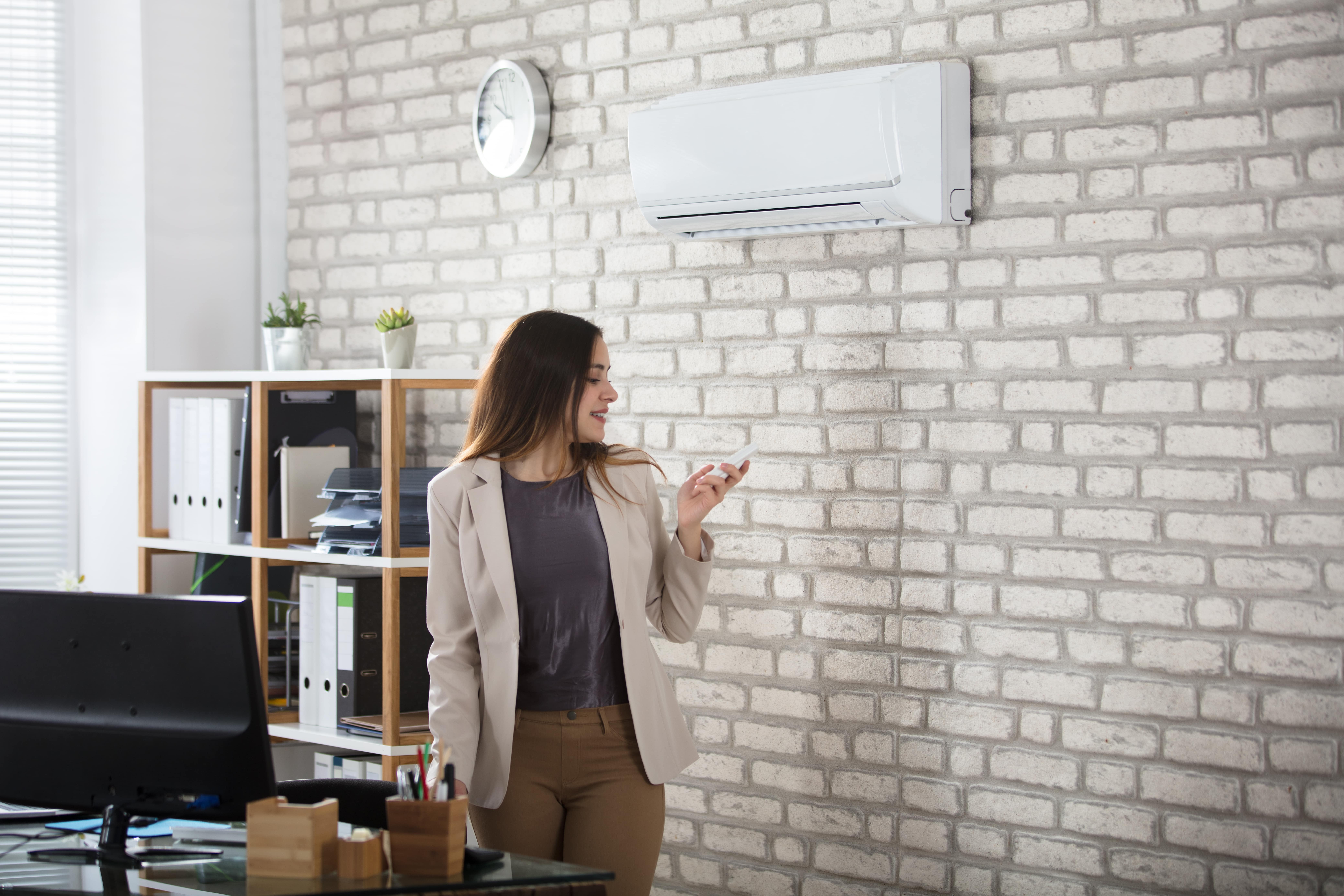 The Optimal Air Conditioning Settings to Keep You Cool All Summer

In the hot summer months, air conditioning is vital in all commercial spaces from restaurants, to offices, to factories. It’s likely that you rely on your commercial air conditioning system to work effectively most days during the summer to keep you, your customers and your employees cool and comfortable.... 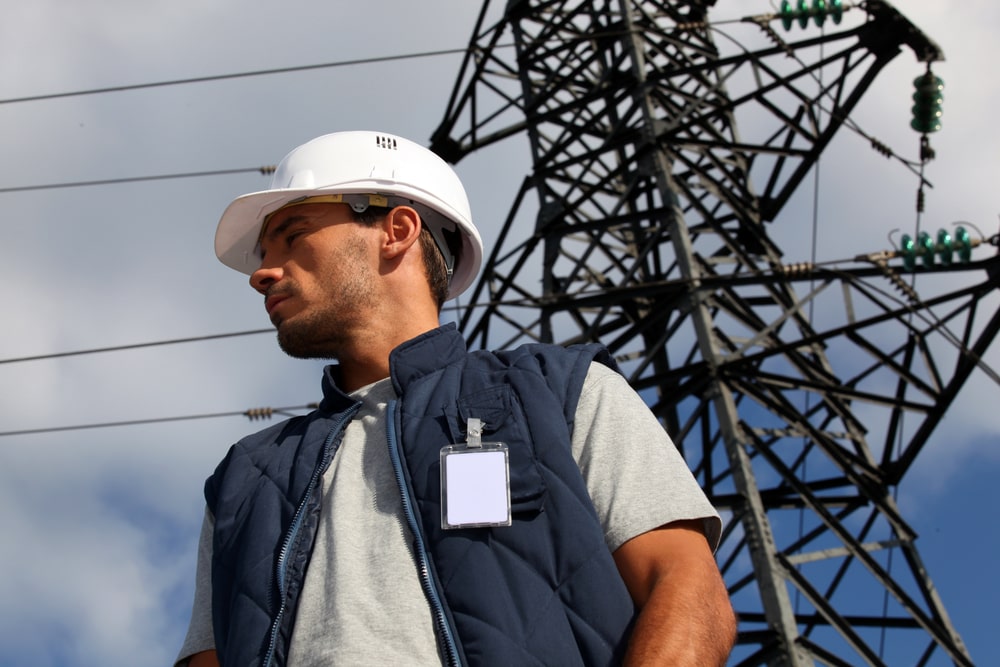 What Causes An Electrical Power Surge?

Electrical power surges can be caused by a myriad of reasons, and can have varying degrees of severity. They can affect your home as well as your workplace, and can have lasting effects - especially on businesses relying on their electronic equipment in order to operate.... 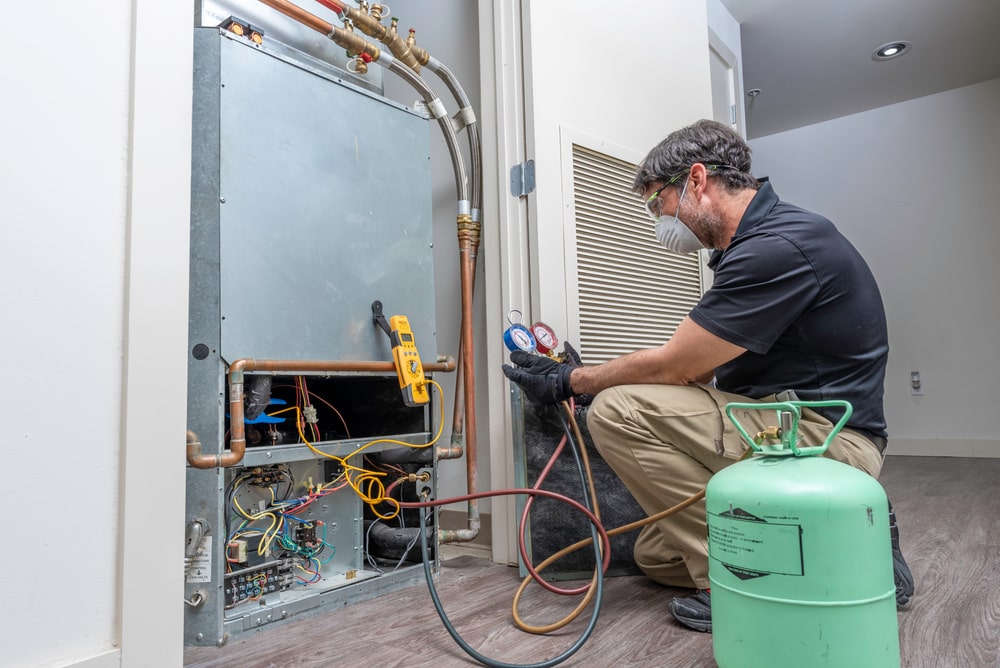 Common Refrigerator Problems You Need To Keep An Eye Out For

Commercial fridges and freezers are typically a lot larger than the ones we use at home and are often run at lower temperatures. It’s likely that a disruption to the fridge or freezer in your commercial space will influence and impact the running of your business, and potentially lead to loss of stock and income.... 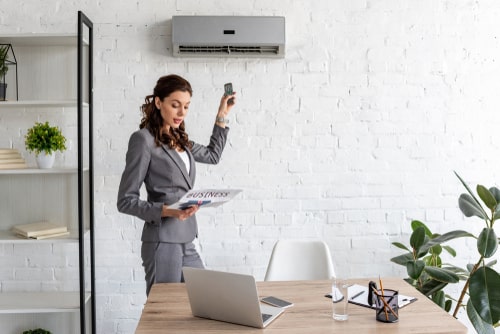 How To Efficiently Run Air Conditioning In The Office

Whether you’re looking to reduce costs in your workplace, lessen your environmental footprint, or make your office space as comfortable as it can be, how you run the air conditioning can make a big difference.... 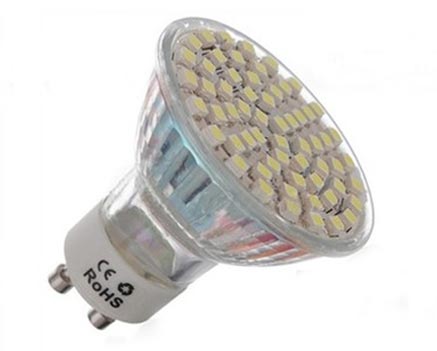 You might not think it, although using traditional lightbulbs over a long term can be a costly exercise – particularly for big office spaces. The almost annual replacement of the bulbs... 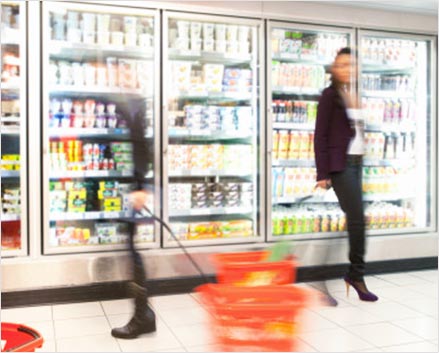 When to Repair a Commercial Refrigerator

Do you run refrigeration units as a core part of your business? If so you may have wondered how often they need checking for maintenance or when they needs repairs. You can never... 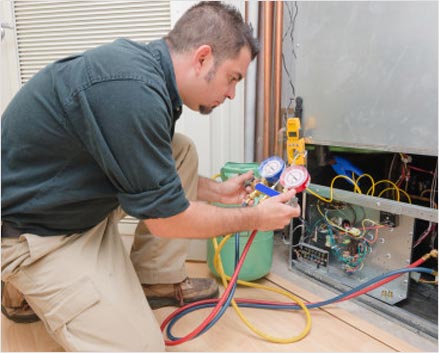 Commercial refrigeration installation for your business is a major investment, and running it on a daily basis can be costly. So it makes sense to keep it well maintained, right? Well, we know that but...